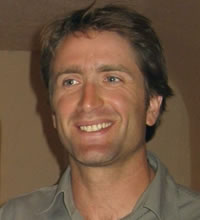 Sam’s a strange man in the world of substance dependence. He’s called a “normie,” having never even smoked pot. Actually, that probably makes him more of an ab-normie. But in any case, he certainly comes to the addictions world from a different place.

His interest in the topic probably came from his alcoholic grandfather Milton, who just quit one day never to drink again for his remaining 20+ years (while still brewing brandy for his friends), as well as his work in emergency medicine.

After finishing his residency at the University of New Mexico in 2000, he spent a few years traveling and daydreaming about societies and systems. The “Endorphin Power Company” name came to him in 2002 after a trip to the Eiffel Tower, where he thought he’d rather pay people to generate electricity than to buy dust-collecting miniature Eiffels.

Over the next 6-8 months the EPC picture crystallized, and in 2003 he returned to Albuquerque from Tasmania with intentions to give it a go. Naively, he submitted the nonprofit paperwork, began a listserv, posted weekly notes to anyone who seemed interested, and ran weekly meetings to bring EPC to life.

Sam stepped aside from EPC in 2012 to live closer to family in California. He still works as an emergency physician. Between shifts he chases his boys around the house and runs a direct pay medical practice, named “Pre-R,” with his wife Vanessa. He also continues to dabble in medical device design.

Sam is extremely grateful to Jeff Holland in particular, and to everyone else who has helped EPC to grow to what it is today. 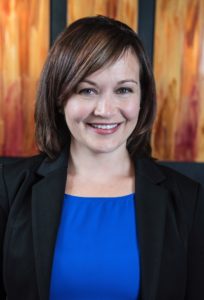 Jennifer has worked in healthcare for over 20 years.

In her spare time Jennifer likes to hike, golf, and spend time with family and friends. Jennifer has one daughter, BrieOnna. 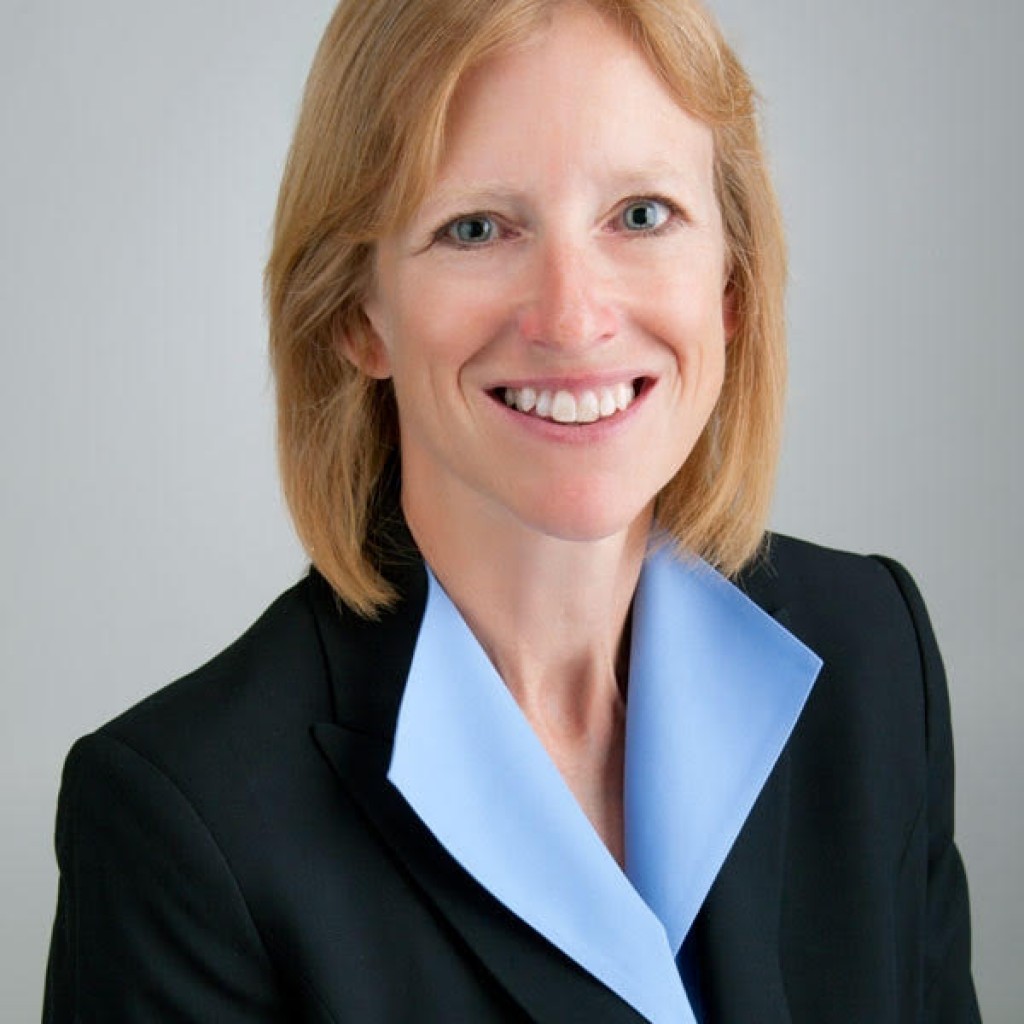 Jayne is a general surgeon as well as a hospice and palliative care physician. A job opportunity along with a love for “wide open spaces” brought her to New Mexico 5 years ago. As a chief medical officer of a large local healthcare system, she has seen the devastation caused by drug and alcohol addiction at a system, community and individual level. Jayne is an avid runner and hiker. She is a strong believer that physical fitness provides a means to strengthen and recover both physical and mental health. To fulfill her need to give back, she joined the EPC team because they follow a mission and demonstrate values that resonate with her own. 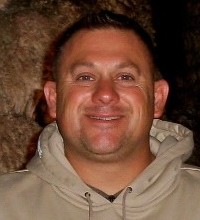 Jeff Lepori (aka “Scarecrow”) came to EPC in 2010, after meeting Sam Slishman, to host a haunted house fundraiser. Jeff has been running the annual Haunted Scarecrow annually since. For over twenty years, Jeff has been in Law Enforcement and has seen the affects of substance abuse and homelessness first hand.

Born in Dover, Deleware in the late 60′s to an Air Force family, yes he is an Air Force Brat, Jeff has traveled the world and has seen many interesting people and things. Jeff joined the Army right out of high school and returned to the Albuquerque area a few years later.

Jeff joined the EPC board in 2011 and is passionate about EPC and helping the staff and residents work through their tribulations. A statement by Jeff “I do not know the DARK HORSE, but I know people who do! I’ll do what I can to help!!” 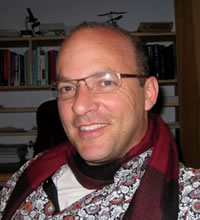 William is a graduate student in the Clinical Psychology program at the University of New Mexico. His research interests include listening, dyads, self-regulation and behavioral interventions for addictive behaviors.

He wandered in off the darkling plain to help build a stone patio for EPC in 2005, and then, sensing
something special, hung around.

He joined the board in 2007, and, along with Sam, chaired a committee to develop EPC’s Four-Pillar program.

His personal and professional interests revolve around the idea that intimate relationships provide humanity special means for healing, growth and insight. For this reason, he feels very fortunate to be a part of the EPC experience. 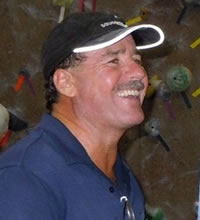 Pat was born in Albuquerque and has lived here his whole life. His father came to Los Alamos in the early 40’s to work on development of the atomic bomb and never left.

Pat has childhood memories of dirt roads where freeways now exist, and has watched Albuquerque grow from a small rural setting to a city that now fills the entire valley that he once called his backyard.

Albuquerque has grown in the last 50 years five-fold, and the city’s alcohol and drug-related problems have grown at ten times that rate. Pat has observed the ramifications of the predicament, but always from the sidelines.

In a chance meeting in 2008 with Sam Slishman, Pat became involved in the construction of the EPC climbing wall. He worked side-by-side with doctors, other volunteers and recovering addicts. Visitors to the site couldn’t tell who was who; they were all just people working on a common goal.

Pat learned how hard it is for even highly motivated individuals to reclaim their lives. After witnessing several men and women of EPC’s Waterman Power House successfully begin their recoveries, he knew he wanted to stay involved and continue to contribute in some way. Besides, it’s a lot of fun hanging out at EPC and being part of the community.

He is a proud father of three children, Ashley, Sara and Kyle, who are also happy to have been born and raised in Albuquerque. For the last decade, he has been the President and Managing member of Specialty Manufacturing LLC, a local company that specializes in the wireless industry and related tower products. 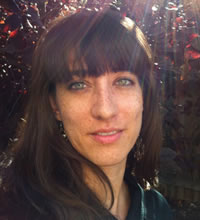 After almost 11 years working as a paramedic at Albuquerque Ambulance, Raquel Tello decided to pursue her doctorate in medicine. She is currently a student at UNM School of Medicine.

It was her love of medicine and helping others that drew her to EPC. She, with the gracious help of others, has begun work on the EPC Clinic.

As a native New Mexican, she is fond of spending time outdoors enjoying what New Mexico has to offer.

In what free time she does have, she is an avid runner, paints (oil, watercolor and interior design), and plays the cello for fun. Most importantly, she loves spending time with friends and family. 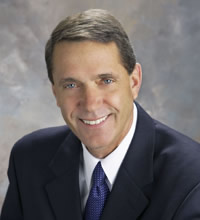 In 2000, Professor White became the first Dean of University College, where he oversaw the creation of a wide variety of innovative undergraduate programs including the Freshman Learning Communities, Freshman Convocation, Freshman Family Day, the Sophomore Seminars in Career Awareness and the Research Service Learning Program.

Together, these programs have helped increase the size of the freshman class and have significantly improved retention and graduation rates at UNM. Peter’s successes in these areas led to his appointment in 2006 as Vice Provost of Undergraduate Education.

In addition to his commitment to offering high quality undergraduate education at UNM, he has also practiced the art of violin making for over thirty years, producing over 200 violins, violas, cellos, and mandolins.

Peter has taught a variety of UNM English classes at EPC cleverly melding academic lessons with community activism and continues to be a strong supporter of EPC. 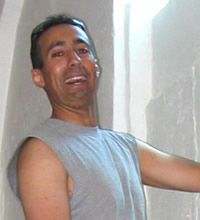 Reuben is one of the original EPC volunteers. He joined the board after working on the EPC van in the early days and on the rehabilitation and construction of the facility.

During his first act, Reuben was the 1987 New York City District Council of Carpenters “Golden Hammer” recipient, and was the Committee Clerk for the New York State Assembly Standing Committee on Corporations, Authorities and Commissions.

After medical school and prior to completing a surgical residency at UNMH and a vascular fellowship in Sydney, Australia, Reuben did a pediatrics externship in Calcutta, India. Today, he works as staff general surgeon at the VA hospital of New Mexico.

Along the way Reuben learned about the inexplicable pull of the New Mexico “Bungie Cord”… “Once a person has been in Albuquerque long enough to nail one end down, they may leave, but at some point they will fling back just as fast.”

Reuben continues to support the mission and work of EPC. 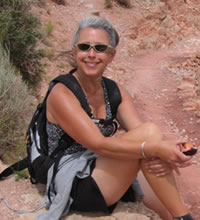 Marti Miller has 22 years of experience in emergency and intensive care nursing and has participated on the EPC board for seven years. Marti graduated from Syracuse University and George Mason University and obtained her MSN as an Acute Care Nurse Practitioner from the University of New Mexico.

She lived in Africa for seven years and worked on public health projects in Kenya and the Democratic People’s Republic of the Congo.

At present, Marti works as a Nurse Practitioner in rural emergency department settings in New Mexico and is in the process of setting up her own practice.

She also teaches pediatric and trauma nursing courses through the Center for Disaster Medicine. The EPC is an opportunity to give back to the community in a creative and innovative environment. 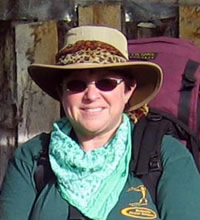 Born in Southern California, with time divided between the west coast and central New Mexico, I now call Albuquerque my home.

I grew up loving horses and later in life became very involved in horse racing; owning two horses that raced in the NM racing circuit. I left horse racing behind after a horse accident that resulted in a head injury.

In 2003, when the closure of an Albuquerque semiconductor plant put over 600 people out of work, including me, it was time for a career change. I left behind my family in the device engineering group and trained as an emergency medical technician, and during my preceptor practicum in the emergency department I began nursing school.

My involvement with EPC began in late 2003. I found myself unemployed and returning to school to try out some new paths. I had been involved with the Girl Scouts for many years. But in 2003 I also felt interested in assisting the homeless population.

I became acquainted with EPC and I attended meetings in the UNMH cafeteria. I found what I was looking for; the ideas and concepts had me hooked, not to mention the people.

At the end of my first semester of nursing school and the last semester of EMT-I training I became a resident at the EPC facility. My studies in school kept me busy and the work at EPC kept me sane.

Since graduating from nursing school I now work as a nurse and the rest of my time is spent doing many different innovative tasks at EPC. 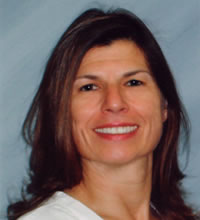 Nancy fell in love with EPC the moment she showed up looking for a place to teach yoga nearly five years ago.

The fact that she is a cycling enthusiast reinforces her belief that EPC is the perfect place to channel her considerable energy. She joined the board with the expectation of contributing to the continued success of the company and its mission.

Nancy is an active member of Mossman Neighborhood Association, the neighborhood where she lives with her wonderfully supportive husband Kevin. During her salary-earning hours, Nancy works as a registered nurse at University Hospital. 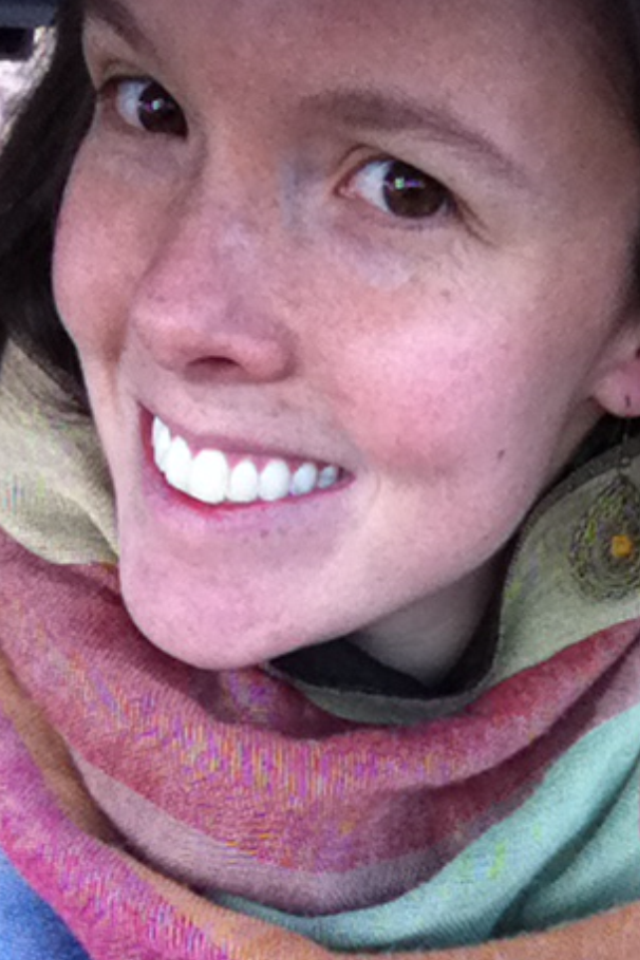 Alexandra is an avid mountain biker and all around outdoor enthusiast. Her involvement with EPC was inspired by the organization’s Four Pillar program that stresses the importance of exercise, education, community, and service. She teaches a cycling class at EPC and is thrilled to be an active part of promoting a healthy lifestyle to facilitate recovery. 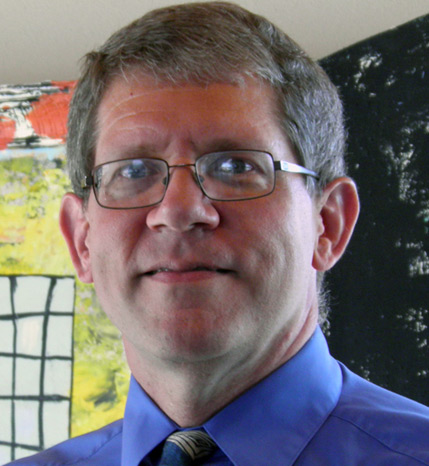 Ed Fancovic, MD is an internal medicine/primary care physician who has worked at UNM since 1998. He is actively involved in providing health care and outreach to the LGBT and HIV+ communities. He also teaches medical students and residents at the UNM School of Medicine. 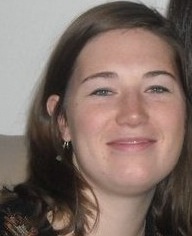 Debbie is a graduate of the University of New Mexico and is currently a registered nurse in the Albuquerque community. She spent over 6 years working at the University preparing grant proposals and managing project budgets for several departments.

She was born and raised in Albuquerque, and moved to San Antonio with her family for a brief period. She is thrilled to be back in her Albuquerque community promoting change and happiness in other people’s lives.